Once upon an grey and mild December morning of the year 2017, and almost two years after the birth of the Oxford Circular Collective (CirColl) community action group, Alex (myself) and Maurice went on a taster tour at London’s first – and the UK’s second – Library of Things (LoT) in West Norwood. Alex is the chair of CirColl and Maurice is a keen supporter of the Oxford LoT idea. This is in pursuit of exploring the possibility of starting up a Library of Things in Oxford too! 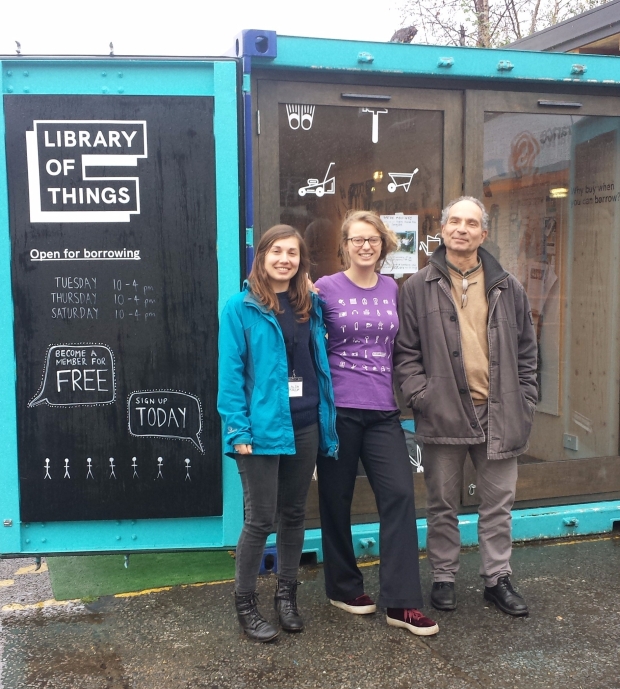 Relatively speaking, the ‘library of things’ is a fairly recent global and national trend. Without claiming that I have spent hours thoroughly researching this, I decided that you’d be satisfied at this point to read about a few key points from the first two result pages of googling “library of things history”.

A quirky reference (number 6) under the Wikipedia Library of Things entry published by American Libraries Magazine suggests that “libraries loaning “stuff” isn’t a new concept. Framed paintings were available for checkout at the Newark (N.J.) Public Library back in 1904”. At present, there seem to be a number of ways for referring to organisations that lend stuff: “tool libraries”, “toy libraries”, “kitchen libraries”, or “library of things”, etc – depending on their focus.  The first tool lending library started in in 1976 in Columbus, Ohio. Since then, about 40+ tool libraries have opened up around North America, as reported by the one of the world’s flagship tool library in Toronto, Canada – The Sharing Depot (opened in 2013).

Going beyond that, in 2017 there is an estimated number of 80 “tool libraries” across North America, Europe and Asia. The concept of “library of things” seems to have emerged and strengthened thanks to a relatively recent movement of public libraries across the USA that wished to expand the range of items they would lend, to re-think of what value libraries could really bring to society via lending, but also as a response to the growing awareness of the sharing economy (unfortunately I couldn’t find a conclusive start year for the start of this trend). The Wikipedia entry on Library of Things mentioned above lists 12 library of things within public book libraries – from Ann Arbor District Library to Sacremento Public Library, and 7 world-wide free standing LoTs – from Leila (the oldest, opened in Berlin in 2010) to Spullenier (opened in Utrecht in 2017).

The reasons for these trends are countless, and we’ll let you click on a few links from the above to gain a flavour for them. What we can say now is that my (Alex’s) key reason for it is that I like to find and act upon solutions for the world’s social and environmental problems, that I find the concept of ‘waste’ fascinating and that I think our human civilisation really needs to re-conceptualise it in order to healthily integrate it into our currently dysfunctional, unnatural economic system; and that the library of things is one solution for wasted product capacity, wasted material resources and wasted consumer’s financial resources. Meanwhile, Maurice’s reasons include frustration at the wastefulness of our society, particularly having lived in places where the habit is to refuse/reduce/repair/re-use/re-purpose and recycle before throwing away. But he also thinks that something like a library of things has such a lot of potential for bringing people together, to share not only material objects but ideas, skills and company. 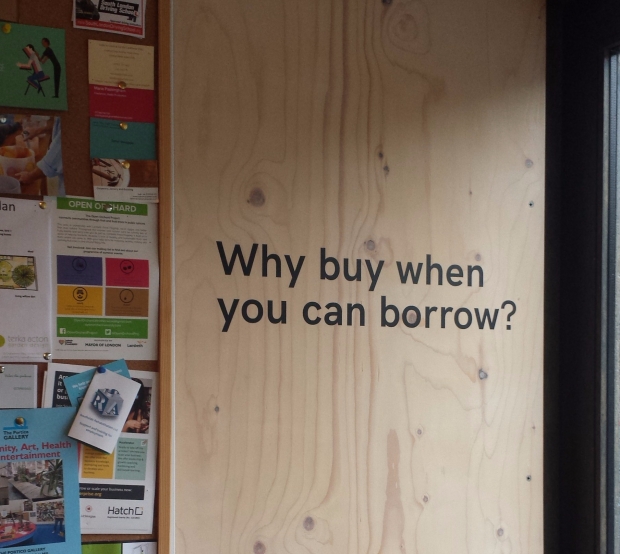 We’re assuming that by now many of you will be curious to know how it went and what we’ve learnt! We arrived at their base and we met Fiona, the volunteer (actual, retired) librarian in charge. She gave Bex a call, we were introduced, had a little natter, and shown into the conference room c/o of Community Hub where we she gave us the general presentation that they show to other groups interested in setting up their own library of things.

Formerly of Impact Hub Brixton, Bex gives a clear impression that she has a wealth of knowledge, that she is a community-and-solutions-focused person, and that she excels in looking after resources and people, including newbies like us! It’s also important to note at this point that she insisted on us not replicating their current model, but to keep an eye out on their evolution, learn from other library of things, and keep in touch with them.

Another insistence was to bare in mind that the London Library of Things is now looking into creating a ‘platform‘ of Library of Things, in which multiple library locations are ‘scaled-up’ into a well-governed, networked infrastructure in order to reduce cost and improve their members’ renting experience… at the end of the day, their mission is to make renting better than buying! And last but not least, because I may quite likely miss some of the detail, we’d like you to regard this blog post as a conversation too, therefore please leave your questions and comments in the section below.

Part 2 – their story and parallels to Oxford context

How it all started 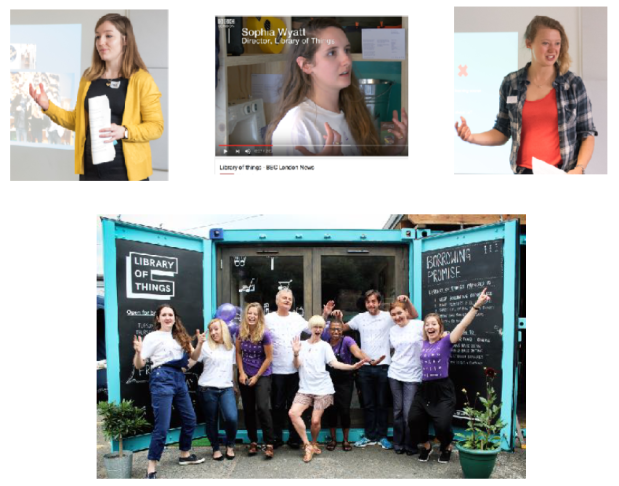 A mandolin for rent, a volunteer’s T-shirt and branded merchandise.

Slide 17 of Bex’s presentation: Gearing up emotionally for a rocky journey seems like a must.

The current Library of Things struggles

By the end of the presentation, for me the most encouraging part was that Bex wasn’t afraid to be frank – both open about what they do and how, but also about the trajectory of their development and  changes. She warned us that the infrastructure to make things easy and to lower the running costs isn’t sufficiently developed. As you could see from the comments of leaders of world-wide library of things in the image above, there are challenges on many fronts: having a feasible revenue model, building trust and strong partnerships with stockists, having a good organisational structure and clear roles, responsibilities and volunteer engagement, having a complementary organisation attached to the library of things, volunteering for years, or simply acknowledging that sometimes the solution to the world’s problems isn’t to come up with ‘the best idea’ that would fix the it… but to take responsibility, have faith in your own judgement and creativity, and to do a job well done for what one has already set out to do.

Bex and the London LoT guys are now embarked themselves on a second major evolution of their own project, which is to create the support platform that would bring multiple libraries, partners, systems and members together into a resilient organisation. And she felt confident that they are on the right track and that they are now experienced, and creative enough to make it into a success.

The West Norwood LoT has actually closed their activities at their current location as of December 9th 2017. But they are opening again around March 2018 at Crystal Palace, and they will do an even better job than the one so far! And we’ll be watching them, reaching out at the right moments, and staying inspired by their awesome flagship project. We are very grateful to all of them and respectfully applaud their efforts so far for creating a true sharing, nurturing, smart and circular organisation!

Building our own Oxford Library of Things

Did you enjoy reading so far and would like to take part in helping us start-up Library of Things in Oxford? You can comment below, send us an email at oxfordcircularcollective@gmail.com, join the conversations on our facebook group, or attend our next meeting Feb 6th 18:30, location tbc.

Left to righ: Alys #community #events volunteer, and Alex pretending to play the instruments while bugging Maurice for an ‘official’ photo. 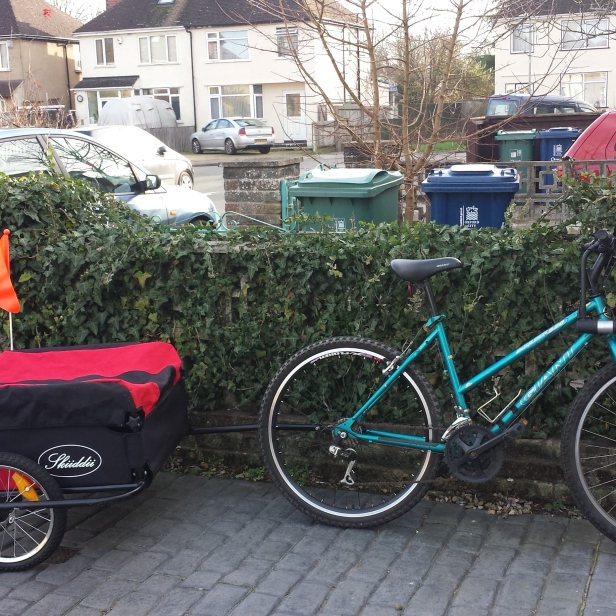 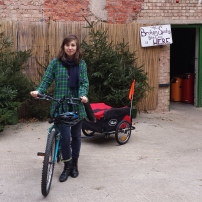 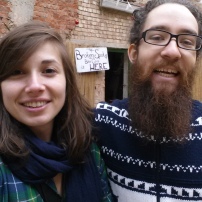 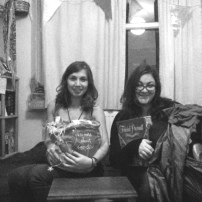 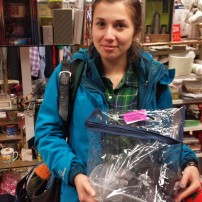